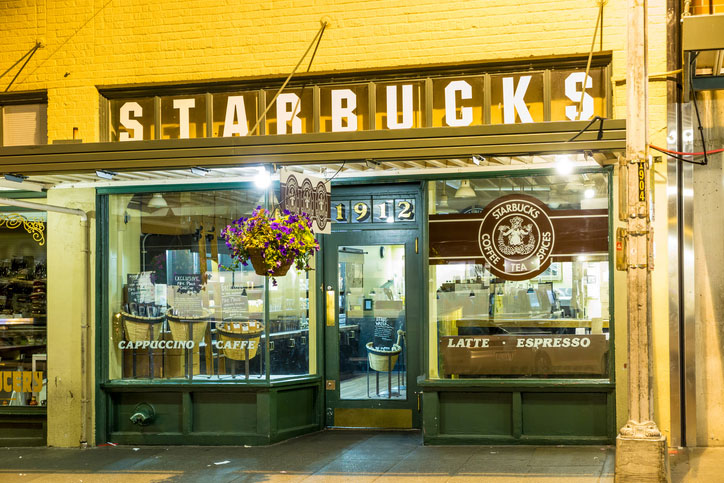 Starbucks made headlines twice in 2018.

In April, two black men sitting quietly in a Philadelphia store were arrested after Starbucks employees called the police on them. Their only crime: waiting for a friend to arrive before placing their order.

The incident, caught on video, created outrage across the country and sparked a few nascent boycotts even as the company apologized and admitted that it had acted wrongly.

But in May, the headlines changed. The company shut down all 8,000 corporate locations on a Tuesday and put 175,000 managers and employees through a mandatory racial bias training. The goal: avoid creating situations in which implicit biases could lead to future racial injustice.

For Starbucks human resources trainers, it was a rapid and sweeping effort. According to some outside estimates, shutting the stores down for the day could cost the company north of $16 million. That’s even before accounting for the cost of putting together a comprehensive training regimen, which included a guidebook and a compelling video presentation, all on very short notice.

But so far, it also has every appearance of being the right thing to do.

When The Goal Is Important, The Costs May Be Great

Not many organizations have human resources departments with the flexibility and sway to put the entire company on pause for a reset day… particularly not when a multi-million dollar price tag is attached. What Starbucks trainers accomplished in less than a month is a model for how HR teams can materially contribute to corporate strategy.

But it wasn’t easy. Threading the needle of American racial politics doesn’t leave anyone unscathed and the publicity around the training program, once it had been announced, was intense.

The company almost immediately decided to assemble an outside team of advisers to help develop the training program. In doing so it hoped to work directly with the affected communities to avoid coming off as insular or giving the appearance that the training was merely a PR move.

An early decision to include a representative from the Anti-Defamation League, however, drew protests from the Black Lives Matter movement, resulting in that representative’s dismissal… which in turn caused accusations of anti-Jewish bias in the process.

Nonetheless, the company pulled in representatives from the NAACP and Demos, and hired documentary filmmaker Stanley Nelson Jr. to build the curriculum and video presentation.

Nelson, a McCarthur Genius grant recipient behind well-known documentaries like “Freedom Riders” and “The Murder of Emmett Till” created a harrowing look at the experience of black Americans and commentary from rapper Common and a variety of corporate executives. The company later made the video widely available online.

Of course, one day of training is nothing without a longer term plan to address deep-seated issues like implicit racial bias.

Somewhat more quietly, within weeks of the initial training, the company announced that all stores and their restrooms would be open to non-disruptive, non-paying customers… a policy that removes the potential friction point that lead to police being called in the incident that took place at the Philadelphia store.

Employees were also encouraged to continue referencing the materials provided during the training, and to keep a journal documenting their interactions in the months ahead. Experts in implicit bias training believe that element of self reflection is crucial for systematic change.

So far, employees have given the training mixed reviews. None of them, however, can say they missed the point that HR was trying to make by shutting down stores for a day to roll out the training.

The HR team is also planning to take the training global soon, dealing with stores around the world and in countries that may have slightly different issues than in the United States. It’s a major effort, but it’s exactly what human resources departments are there to accomplish.

Major Training Efforts Are Nothing New For Starbucks HR Staff

Starbucks isn’t a complete stranger to grand gestures for human resources. In 2008, the company closed down all 7,100 U.S. locations it operated at the time for employee retraining. CEO Howard Schultz had just returned to a company in difficulty, expressing concerns that changes made in his absence had watered down the brand and the customer experience. In a three hour session that cost an estimated $6 million, HR teams re-inculcated store partners in what Schultz called “The Starbucks Experience.”

The move paid off. The struggling company found its footing again and resumed its expansion, growing to collect $22.4 billion in revenues by 2017.

According to Schultz in his 2011 book about the crisis, the closing was as much about symbolism as the actual training. There’s no question that closing down a company’s entire operation sends a message to both employees and customers.

And that may have been the intent behind this year’s closure as well. After dominating the headlines for the arrests, from a public relations perspective, shutting the stores down shocked the media narrative onto a new path. For executives, that may very well have been one of the main benefits… a very public mea culpa and $16 million signal that the company was changing course were things that resulted in getting all the right kinds of attention.

But from the human resources perspective, the significance may have been equally beneficial.

The same message that is being sent to the public is broadcast even more loudly to employees. When business as usual is suspended to make a point, you can be sure that point isn’t lost on the people who are working in that business every day. Although reactions from employees have been mixed, HR has certainly driven home that point – the company has no tolerance for racial bias and is willing to put its money where its mouth is to make sure all customers feel safe and welcome.